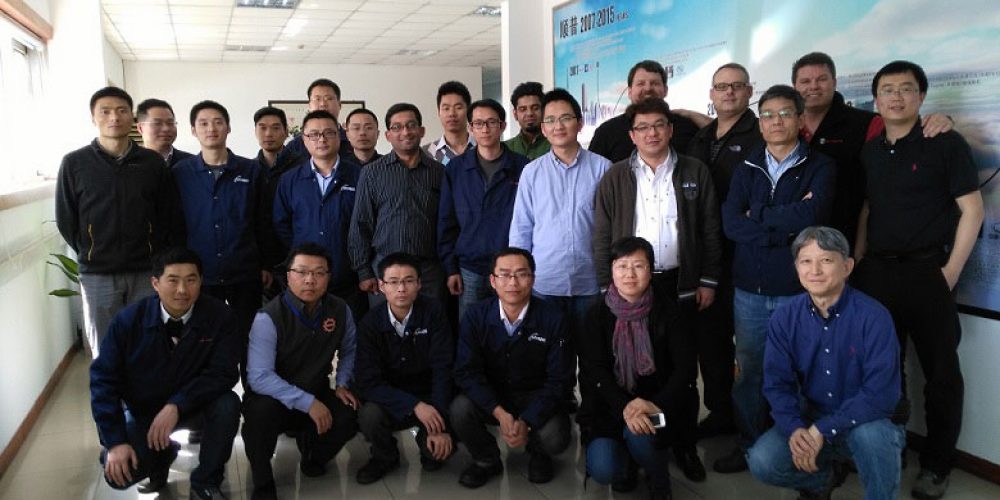 “There’s been so much pull from the other regions to learn about the processes,” said Jay Blanchard, continuous improvement manager. “Before the week was done, I had leaders from other regions asking when I could come to their facilities to teach more of their team members.”

Eager to start learning and applying the Toyota Production System learnings, associates from our India, Japan and China facilities along with members from TS-Shape jumped into a week of SPS for Leaders training.

But the preparation started well before Jay set foot in China. As a strategic approach to the goals of the company, he’s been bringing in associates from different regions to the trainings at Grand Haven for a while. “It takes multiple encounters with the training and philosophy to fully understand it,” said Jay. “A single one-week immersive course is not enough. We need to continuously practice the trainings in order to be effective.”

One of the strategic goals of our company is to fully embrace innovation and this continuous improvement philosophy globally. Teaching our regions will allow us to all work together to achieve our common goals to strengthen competitiveness in the market and continue Shape’s success. “We have worked to implement the system here for a while and learned a lot about what works well and what does not,” noted Jay. “And we’re now going around to the regions to share this knowledge.”

The week in China was a success. Associates were excited to learn and eager to put their knowledge to the test. They created countless Kaizens and had many positive solutions to their findings. The next steps for the regions will be a certification from trainers to teach to others and begin supporting localized Leader Boot Camp.

“Feedback from the team was very good,” said Jay. “They walked away with a better understanding of the philosophy, an ability to implement their ideas, and share their new learnings with others.”