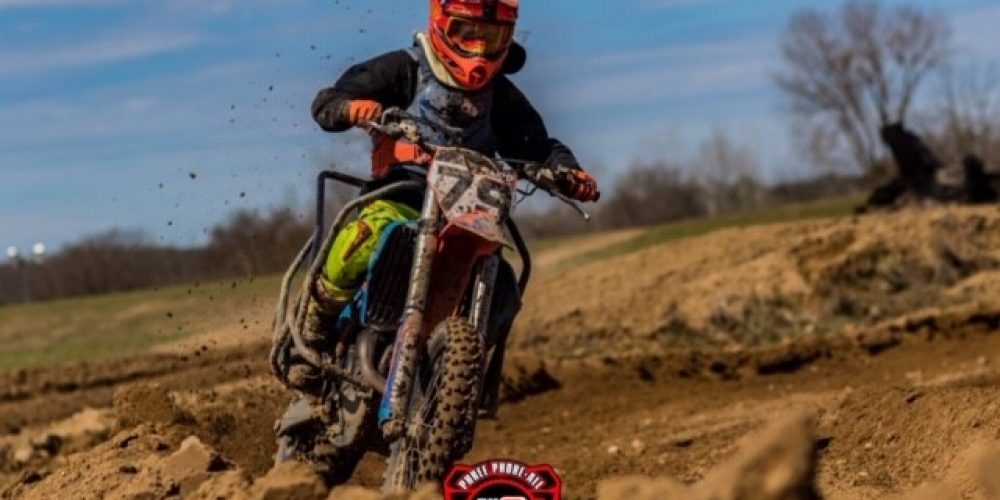 Matt Luna has had a passion for racing motorcycles since he was about five years old. Mini bikes, motorcycles—you name it.

“My dad wouldn’t let me race until I was out of the house and as soon as I was out, I started racing,” Matt said. “I went pro in my 30s. I would travel around all around the East coast series doing all of these hill climbs. At age 47, I was 5th in the nation.”

Matt, who’s always been very mechanically-included, has been building professional hill climb bikes for people for years. But he has another special talent: He remakes motorcycles for paraplegic racers.

“I do what makes me happy and I help other people by making different things to watch them go up the hill,” Matt said.

About six years ago, he was at a race when a young gentleman named Danny came up to Matt in his wheelchair. He had been a fellow racer, but was in an accident that paralyzed him from the chest down. Everyone knew Matt as the guy who could make and fix bikes, so Danny asked if Matt could help him get back on a motorcycle.

“[Danny] was half in tears asking me this, so I said ‘OK,’” Matt said. “I started researching on the internet to learn more about how a paraplegic who could ride. Doug Henry was a famous racer who was in an accident and actually got back on a bike, so I studied his bike and then built my own version.”

This wasn’t the first time, however, that Matt had made modifications to a bike to help someone ride it. When he was 11, he and his family had three-wheelers and one of his friends was born without legs, so Matt and former Shape employee Jimmy Dodd built platforms to help Matt’s friend ride the bike.

Danny gave Matt his race bike and after about a month of working 1-2 hours a day, Matt modified it completely so all of the controls worked with his hands and there was a cage around him that would protect him. Originally the bike was just for Danny to get back to riding around his field, but Danny went head-first back into racing.

“He crashed a few times and I was a nervous wreck, but the cage held up and he was doing way more than I intended him to do with it,” Matt said.

Danny is 29 years old and competes in motocross hill climbs and snow cross.

“He does really well,” Matt said. “He actually won a championship and has been invited to the Winter X-Games, which is a big deal.”

Since that first bike, Matt has built Danny another bike. The first bike required help from someone else to start the bike from the side, but Matt was able to find a way to put an electric start on the second bike so Danny could start it himself.

While he hasn’t built a full bike in a while, Matt continues to help other racers pretty much on a weekly basis from building extensions for hill climbing bikes to fixing motors to doing small welding jobs. And if he can’t help a paraplegic due to distance, he will send them in-depth photos, explanations of how he modified Danny’s bike, what materials he used and what to look out for.

Matt himself hasn’t ridden in a while due to some very close family losses over the past few years. But that hasn’t stopped him from helping others whenever and wherever he can.

“I made a super-special bike for myself to go up and ride but I just wasn’t feeling it,” Matt said. “So I found a young kid out there and let him ride it—and became his sponsor.”