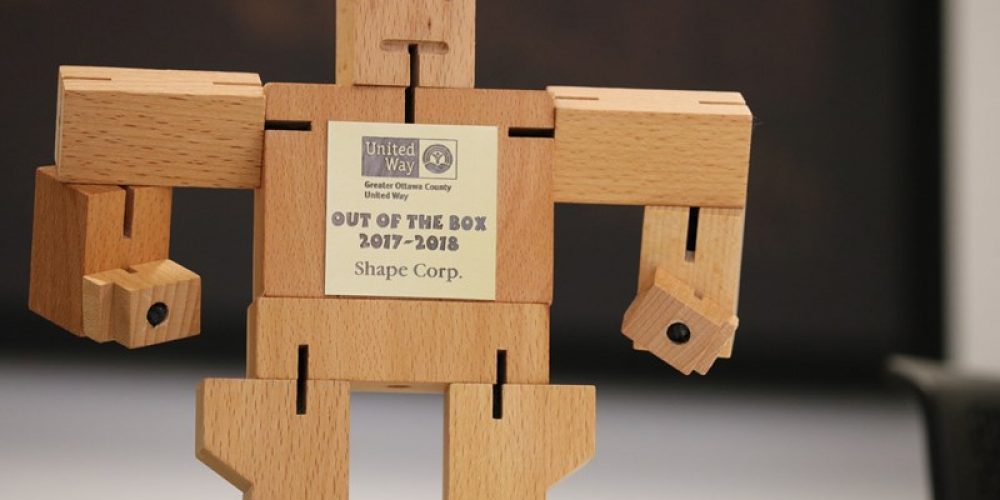 The Greater Ottawa County United Way wrapped up their annual community campaign at the LIVE UNITED celebration event at the end of March. During the event, Shape was recognized by United Way for our large contribution to our community. United Way awarded Shape, the “Out of the Box Award” which is given to the organization that has the most innovative company campaign.

The top two campaigns this year were run by Shape Corp and Haworth. Together, we raised nearly half of a million dollars for the campaign. Shape and Haworth continue to challenge each other for the number one campaign spot, and this challenge leads to a greater benefit for everyone in Ottawa County. This year more than 50% of our team members contributed to our campaign, leading to a massive increase in campaign dollars.

During the event, United Way campaign chairs Mark and Lori Wilson announced that the community campaign grew by 1%, with the total amount given and pledged during the 2017-2018 campaign coming in at $2,301,538. United Way President Patrick Moran said, “More than 200 companies ran workplace campaigns in Ottawa County this year, with more than 7,000 employees giving to United Way.

Shape is so proud to be a part of the positive change in our community.